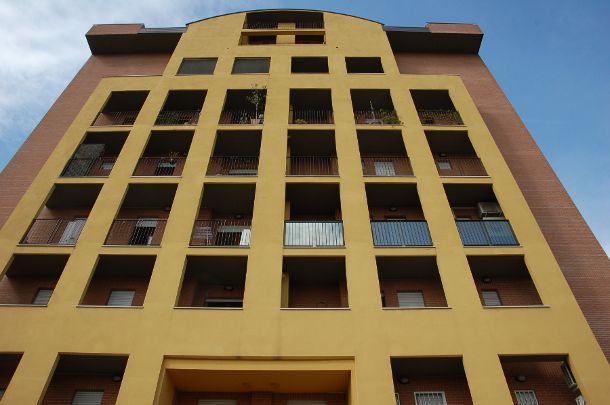 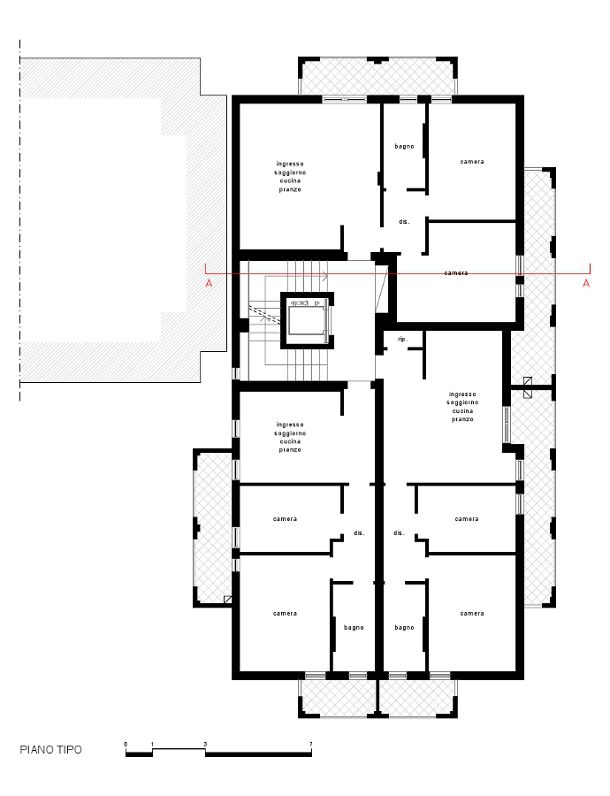 The tower building is located in an area at the extreme western edge of the city of Florence next to Badia a Settimo and enclosed between the highway A1 and the SGC Florence-Pisa-Livorno highway. The surrounding area, partially built up, although there are no wide open spaces left except the presence of some approximately cultivated areas, has not the peculiarity of urban area. Overcoming this ambiguity is, in some way, entrusted to the construction of all the buildings in the project and of the connected infrastructure works. The building defines the head side of the freeway, a “stick” articulated in various buildings, which noncontiguous consequent different properties occurring in the context of a construction sector. The project seeks to define a recognizable sign in a context definitely in need of efficacious elements of redevelopment. And as for half of the definition of a building, from a simple and elementary appearance, that succeeds in framing in a volume a considerable typological and formal complexity. In fact, besides the vaulted roof with copper surface at the top of the building, made by a masonry in brickwork, almost no openings appear at a superficial view because these are screened by a grid-bulkhead that, overlapping fronts, defines the lodges. So it follows that the architectural structure, almost “forced” by this kind of ideal and perfect geometric figure, loses its materiality taking on the characteristics of something metaphysical. However this grill, not free of monumental ambitions, overlapping the building itself hides the irregularities of the openings, divided according to the different types of housing, and manages to turn the fronts of a building almost into an “exercise of refined geometry” . The architectural complex is defined by eight floors, each occupied by three flats, as well as an attic connected to the three units of the lower floor, and a basement, entirely occupied by individual garages and some service rooms whose surface is larger than that one of the building elevation. Each floor is defined by three apartments with sizes ranging from 47.00 sq m to 67.00 sq m approx. The flats on the eighth and last level, thanks to stairs starting from the living area, can also take advantage of the large attic rooms and terraces at the roof level.