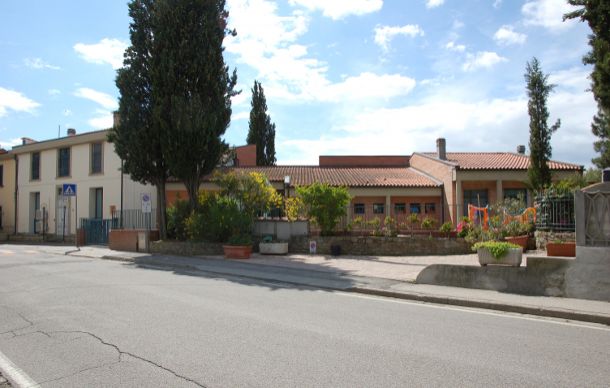 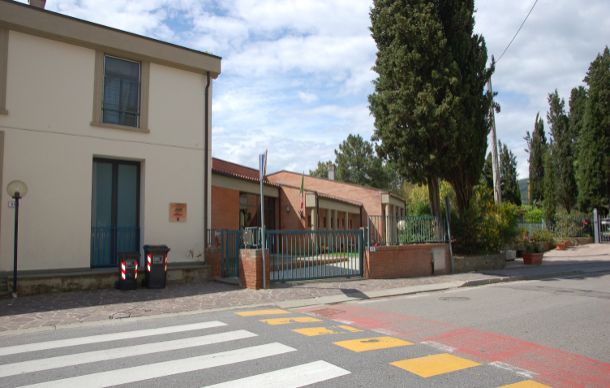 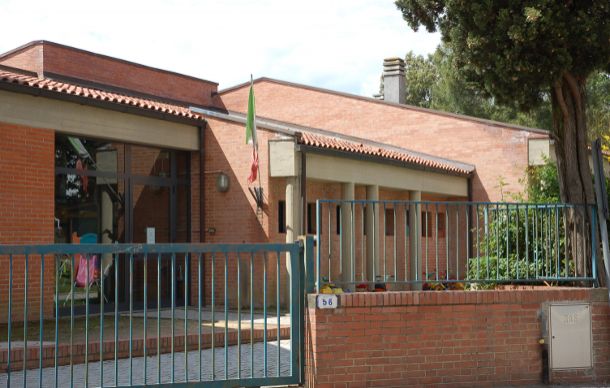 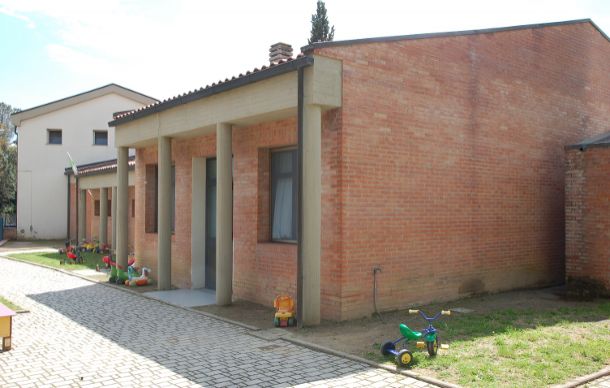 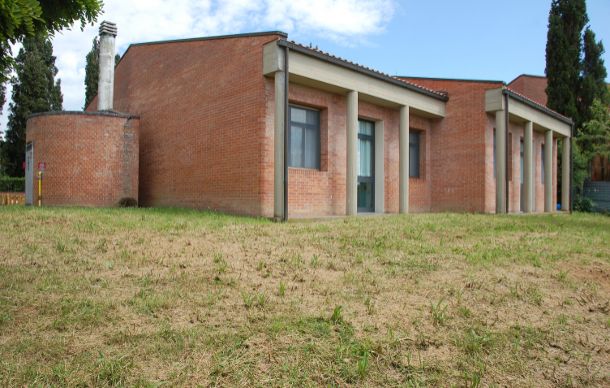 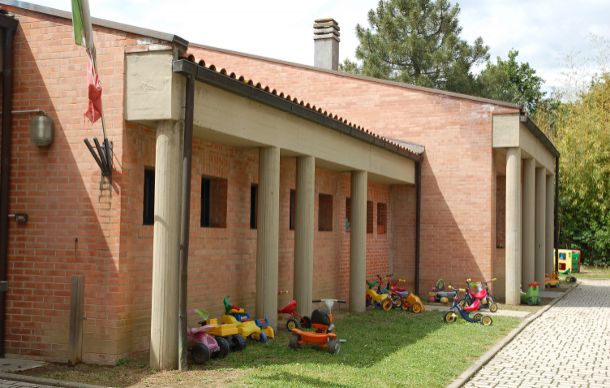 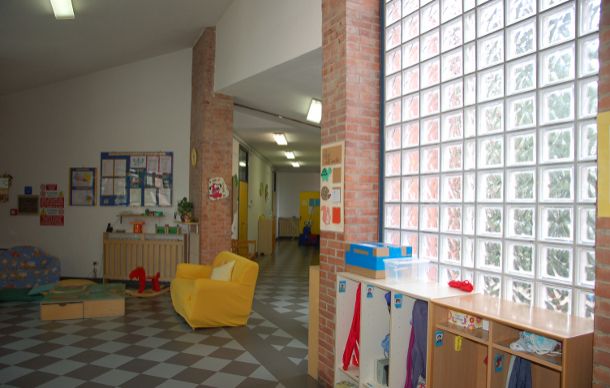 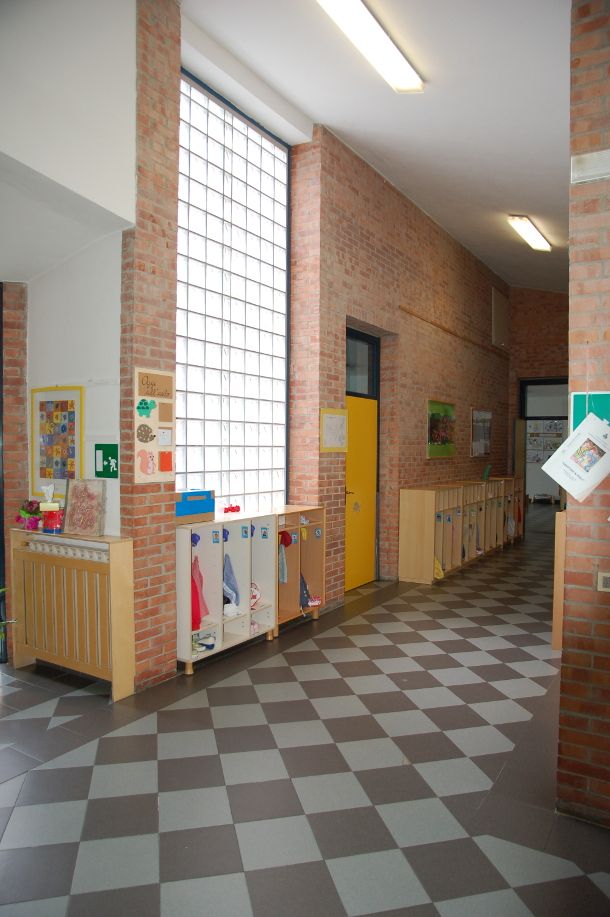 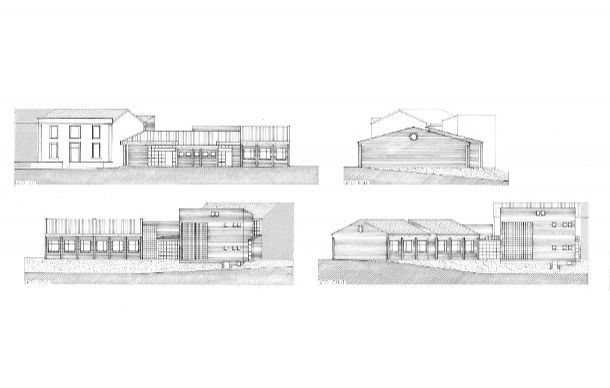 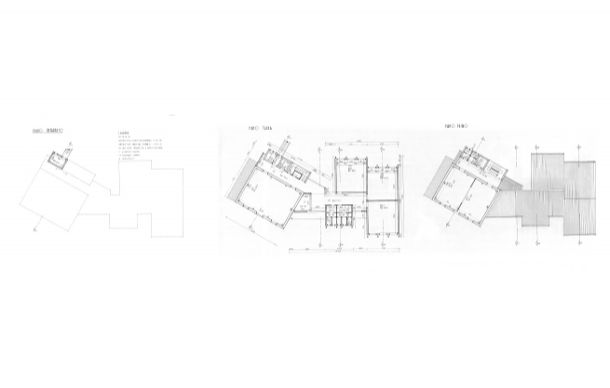 School buidling design, in addition to supply the needs of the amount of space for the school, should aim at a better qualification of the school environment and its equipment, so as to ensure the most effective conditions to promote intelllectual development of young population. What’s the basis of the planned expansion of the small primary school in Vitolini? It is the complete reorganization of the old school building and the construction of three new classrooms in addition to the necessary services. On the ground floor of the old school, dating back to the early ’30s of the last century, it was identified a single large room to be used not only for school activities, but also as a place for meetings of the whole community, while two classrooms are located at the first floor, reachable by a lift. The three rooms remaining, instead, are placed in the new building that appears rotated towards the inner area, not only to avoid the noise of the nearby road, but also to save a beautiful row of cypress trees. Even in the needs of a dimensionally modest construction and constrained by limited economic parameters, the project tried to find the maximum possible adaptation to modern educational needs within a school where the conduct of various activities was regulated by the same architecture where “… …. the order of forms and paths, geometric volumes, are a way to educate in clarity and precision without overlapping with child’s imagination. Inside the space defined by the architecture, child’s imagination has availability to build its own space, to create his/her own personality without being influenced by forms and unusual paths…the resulting experience is stimulating and so imaginative “. The new building, then, also tries to deal with the characteristics of the surroundings. Yet the language that underpins the new building is also in contemporary blend of elements that have always characterized the traditional tuscan building, such as bricks and brick tiles, and other more recent materials, such as concrete, metal window frames, glass brick walls over the use of color as an architectural element. The recent transformation in kindergarten, as is also evident from the photos, did not result in significant transformation, as if to emphasize how often the correct design of an educational area will be able to meet the different educational experiences.